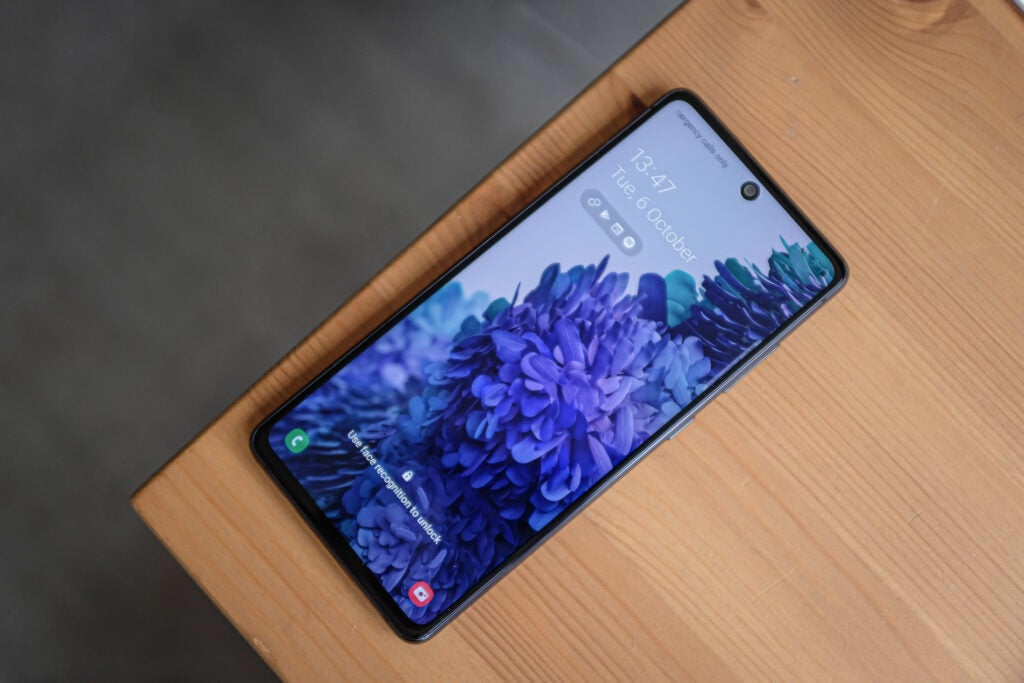 Although £699 might be pushing the definition of mid-range, when you have flagship devices costing double, it’s simply the situation we find ourselves in. Thankfully, Samsung has crammed many of last year’s best flagship features into the Galaxy S20 FE, without making too many sacrifices.

The highlights here include an attractive 120Hz OLED flat panel offering punchy colours and deep blacks, 6GB of fast RAM and 128GB storage. You’ll also find a triple camera array on the rear of the device, which is headlined by an excellent 12-megapixel camera capable of capturing bright, detailed and intensely colourful photos. Through testing, we found it more than good enough for taking photos for use on social media and video-calling over Zoom. However, we’d still say the Pixel series offers the very best camera experience in this price bracket.

Samsung has also included plenty of features that are often ditched at this price, including Qi charging, an IP68 water-resistance rating and expandable storage.

The real star of the show here is the Snapdragon 865 chipset (there’s also a 4G Exynos 990 version available for £100 less), which not only gives the FE better performance than other European versions of last year’s S20, but superior battery life, too. There’s 5G support to boot – although, as we found during testing, unless you live in an area with 5G coverage, the latter isn’t a huge selling point.

Finally, there’s the FE’s design, which is fairly similar to Samsung’s current Galaxy S21. It’s built of tough plastic rather than glass. But using it as my everyday phone, I found the matte finish attractive – and, unlike most plastic-backed phones, it wasn’t a magnet for fingerprints. The Samsung Galaxy S20 FE is also available in a range of eye-catching colours, including a deep blue and striking red.

← AT&T Internet Deals and Promotions for May 2021
Household Pets →