by Ashley Gerlach on March 8, 2021 in Technology News

It’s that time of the year again. Students who applied to college this admissions cycle have spent the last couple of weeks anxiously checking their email and clicking links in various portals to hopefully find good news awaiting them. Most colleges are done sending out their letters and acceptance rates have started to be released! Unsurprisingly, the top schools have continued to be incredibly competitive, while other colleges that have previously been considered target options are more selective than ever.

You may have just applied and gotten your decisions, or you’re preparing 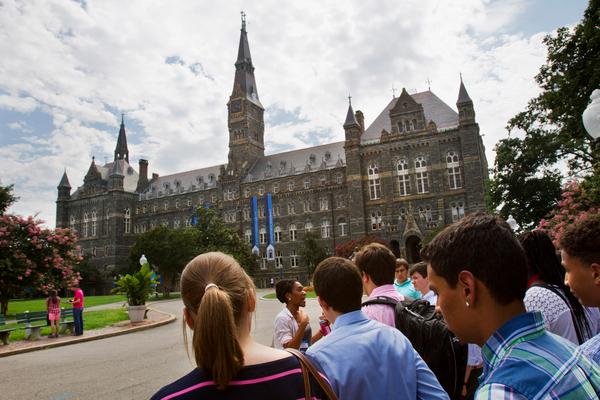 by Ashley Gerlach on October 8, 2020 in Technology News

By COLLIN BINKLEY | The Associated Press

BOSTON — A former tech executive was sentenced Monday to one year of home confinement for paying $300,000 to bribe his son’s way into Georgetown University as a tennis recruit, even though the son did not play tennis.

Peter Dameris, of Pacific Palisades, California, appeared before a Boston federal court judge via video because of the coronavirus pandemic. He pleaded guilty in June to one count of conspiracy to commit mail fraud and honest services mail fraud.

His sentence also included a $95,000 fine and three years of supervised release.

As Colleges Move Away From the SAT, Will Admissions Algorithms Step In?

This story was co-published with Slate Magazine.

Back before the internet made it possible—and popular—for people to document their lives in real time, teenagers found themselves preserved between the pages of their high school yearbooks—forever young. Enshrining cliques and clubs, acne and braces, these artifacts capture students as they are, in the present.

Yet many yearbooks also make predictions about the future. There’s a tradition of bestowing “superlatives” to members of the senior class who stand out as the “class clown,” “biggest flirt” and “most athletic.” Most of these awards reflect largely innocuous teenage concerns, but one superlative in